Otavio and Gustavo Pandolfo (1974, São Paulo, Brazil), identical twins better known as Os Gemeos, were pioneers of Brazilian writing in the mid 80s. Aside from the incredible works they’ve created in the streets of São Paulo, in recent years they’ve also been invited to show their creations in museums and in some of the most important art expos worldwide.

For this exhibit, entitled Nos braços de um anjo (In the arms of an angel), they presented never-before-seen works: large canvases, musical sculpture-objects, mechanical and interactive site-specific installations which will be created in the gallery itself.

The exhibit included works that reflect their imagination which is influenced by daily experiences in the urban outskirts of a huge metropolis rich in contrast, and by cultural and musical folklore of the northeastern part of the country, which have been translated by the sensitive eyes of the artists into poetic visions with surreal and dreamlike atmospheres.

Os Gemeos’ distinctive characters, recognizable by their yellow skin and garish clothing embellished with gems and sequins, create delicate portraits of musicians, fishermen, women, and children who populate simple and sensual scenes of Brazilian reality that are melded with imaginary figures conceived in their oneiric universe. The precision of their lines, the delightful details in background landscapes or in the texture of the clothing, generate a sense of amazement and lead us to magical and fairytale-esque places imbued with a subtle and at times melancholic sense of lyricism which touches the soul. 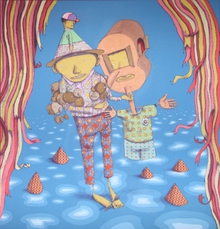 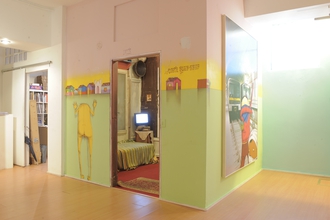 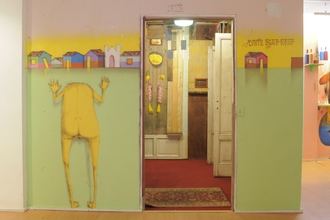 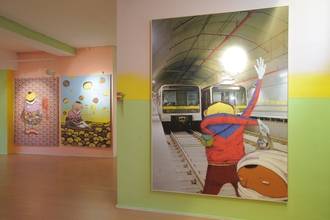 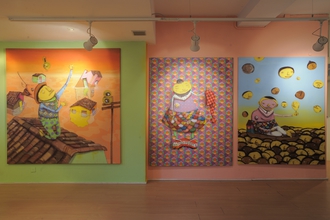 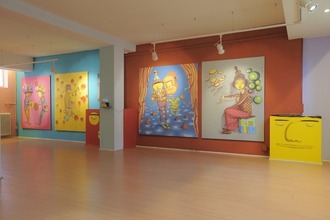 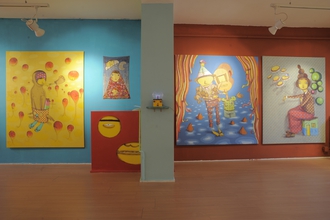 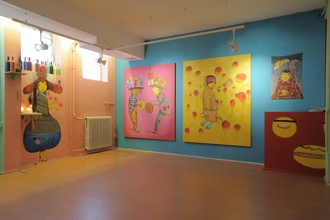 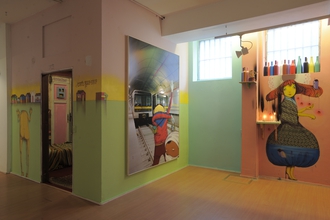 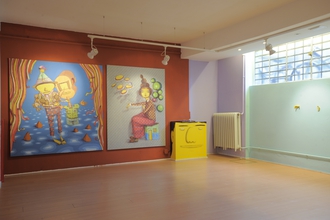 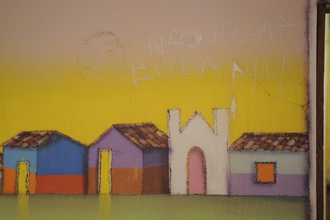 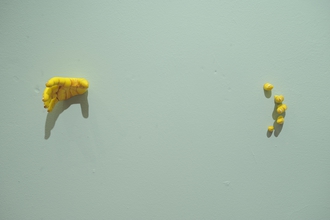 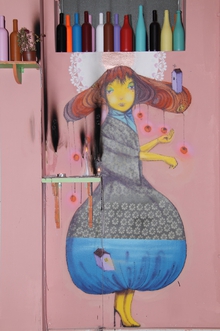 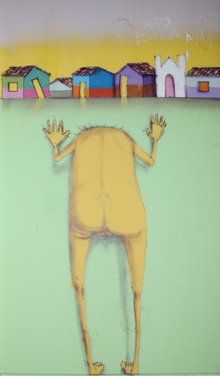