What is love? It’s an eternal question humanity is constantly seeking to answer. Try as we might that single word remains slippery, easy to say, harder to define, in different languages around the world it’s often a single word that contains multitudes.

In Arabic there are fifty words for love. It was a fact that struck me deeply when I first learnt it. Love in Arabic is not confined to a single shape, it moves in many phrases and expressions, it has many forms, and each carries its own name. In that expansion I discovered how love found new ways to linger in the language I was learning, and how that language had grown to encompass the varied forms love can take. I came to realise love cannot be contained. It is not a single thing, it lives among us, it is many-sided, multifaceted, at times literally: love comes to us with many faces. It’s a force that lives with and between many bodies and many minds. In this exhibition I wanted to explore and celebrate the myriad expressions of love that we can find in language and in the world.

I searched for the lines we follow, working to capture a sense of the varied shapes love can take. As I painted, putting pigment to canvas, it became a dance, a choreography of its own, a manifesting of love. Taking the architecture of the Arabic language I translated the words for love into my own personal script: loops of ribbon-like brushstrokes. The canvases became alters to the templates we are given for emotion through language, but also function as a creative key to understand the limits of form itself. When I look at the works, I have made collectively I now see that I didn’t use black ink as I normally do. At a dark time in history, I had instead moved away from the darkness. Love works to honour the light. Without even realising it I had adapted my process to the power of love: it called for something more from me.

Travelling to Murano in Italy I took this concept further, I worked with the glass masters in the furnace to once again transform these expressions of love into three dimensional sculptures. The fire spoke, the glass listened, love appeared as light, it was refracted, bent, and bound before my eyes. In the lucidity of glass, I found these structures of love I had designed came alive in a whole new way. The energy innates in their creation lingered: in light love found a new form. Love, I was reminded, it not merely a word, it is an action, a force that lives within us and changes and grows with every passing day. Learning to love, and learning the many forms that love can take, is work that takes a life- time. These works, these templates, are just part of that journey; a fragment of love trying to find its form.

eL Seed uses Arabic calligraphy and a distinctive style to spread messages of peace, unity and to underline the commonalities of human existence. His artwork can be found all over the world and consistently aim at unifying communities and redressing stereotypes.

In 2021, eL Seed took part with a monumental set of eight canvases in the exhibition “Abstraction and Calligraphy - Towards a Universal Language” at Louvre Abu Dhabi, curated by Didier Ottinger and made in collaboration with Centre Pompidou. 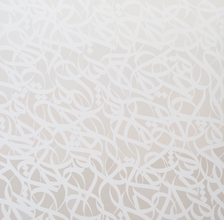 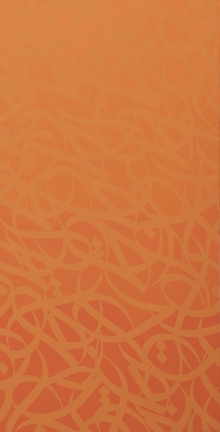 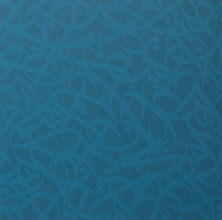 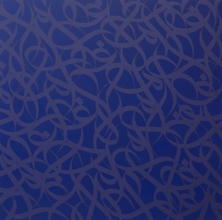 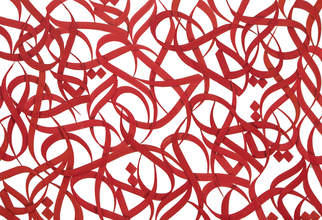 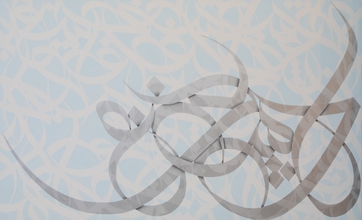 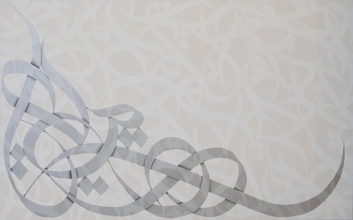 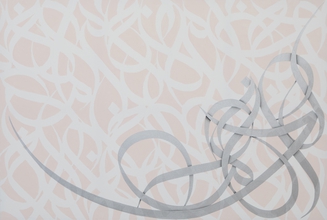 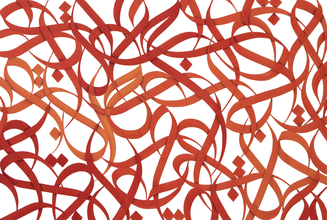 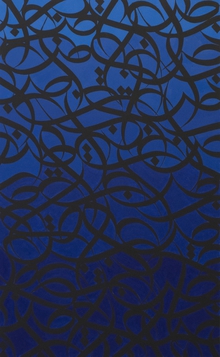 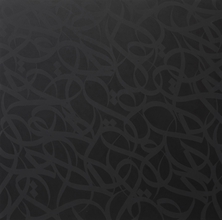 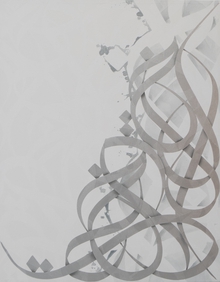 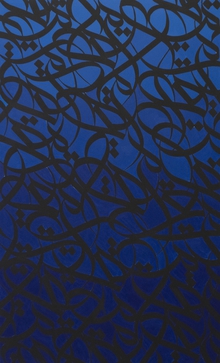 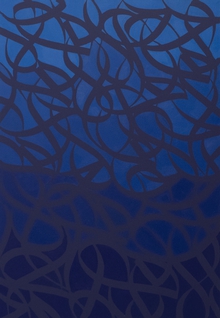 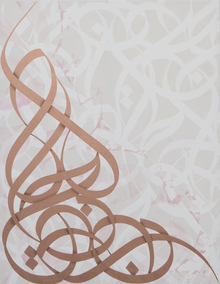 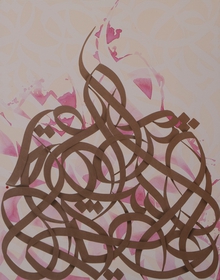 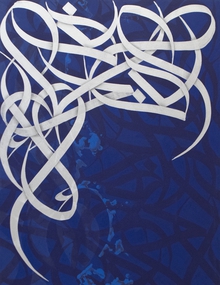 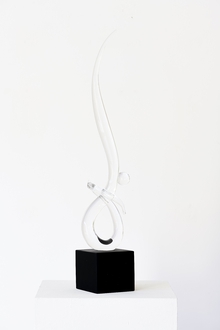 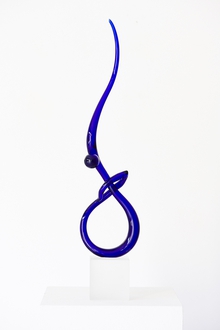 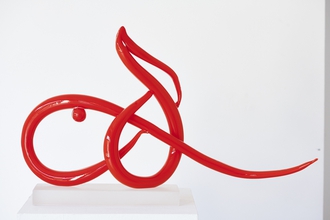 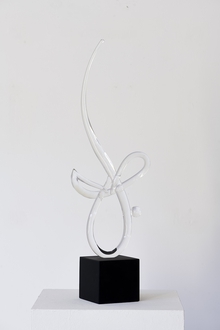 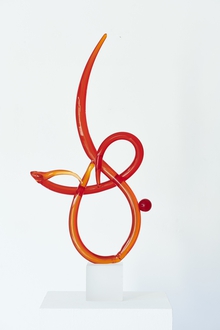 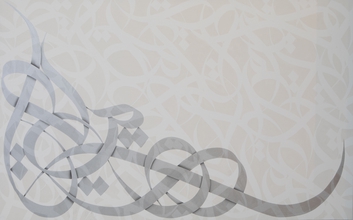