As Fabiola Naldi writes: "A fundamental element of Blu’s work is the direct contact with the walls of the city, a privileged place and a perfect repository for testaments, actions, erasures and overwritings intended as the collective memory of a city that has become increasingly frenetic and less aware of what transpires around it. With only the use of paint and brushes, Blu, through distinct, raw, and concise strokes, creates parallel figurative worlds in which strange characters with one face infinitely repeated, transform into another story, another thought, another contemplation about the reality which they, and we, experience and endure. That is what these aliens and alienated beings are: the perfect testimonial pretext, reflecting like a mirror, the reality of those who, astonished yet fascinated, can indentify with them.” 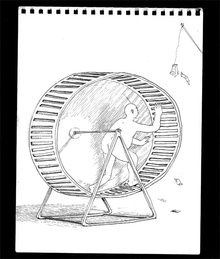 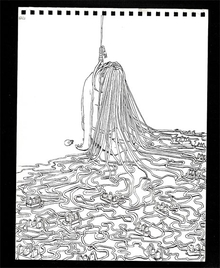 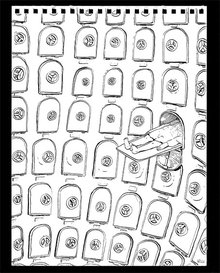 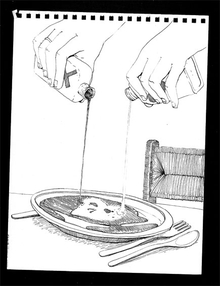 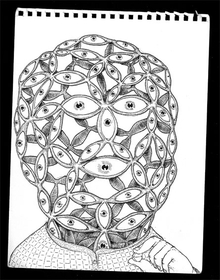 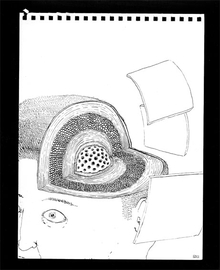 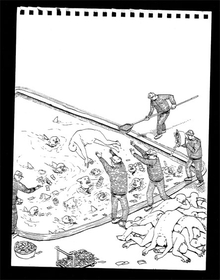 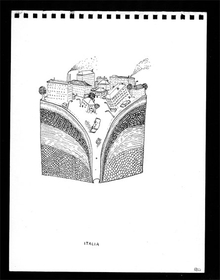 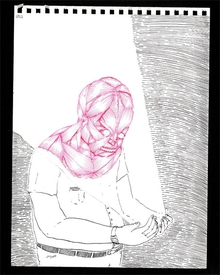 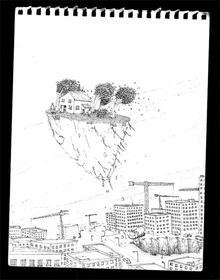 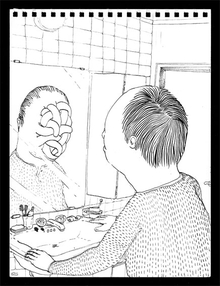 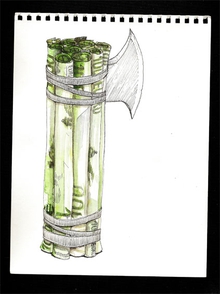 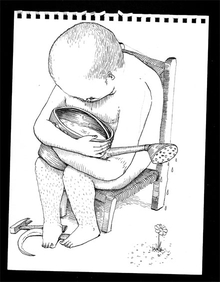 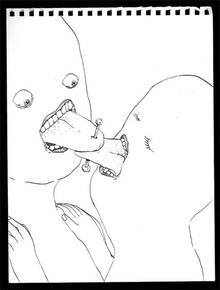 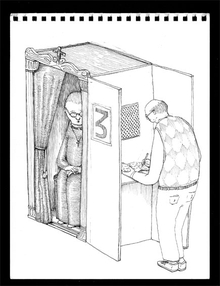 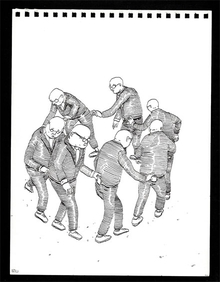 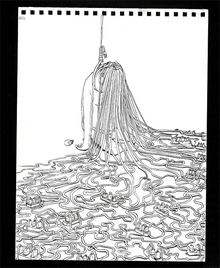