Mazzoni weaves a world based on Italian folklore, made up of Janas and Cogas, female figures who, according to Sardinian beliefs, seduce, enchant, curse, and heal.

His work is an homage to the secret art of healers; each drawing is saturated with metaphors that tell their story. The circular compositions, which allude to the cycles of Nature, depict medicinal and lysergic plants, pollinator butterflies and birds which drink their nectar, and hidden amidst leaves and wings emerge the faces of these women forced to hide their sensuality and their knowledge due to bigotry imposed by religion, accused of witchcraft because they are herbarie, herbalists.

Female healers and midwives held an important role within the community. They were female figures who were respected and their knowledge of medicinal herbs bestowed upon them a power that the Church and the Medieval state tried to hinder. With the advent of the Counter-Reformation, the stance taken on those who healed with herbs became severe; the ecclesiastic authorities created an irreparable rift between folk medicine, practiced by women, and traditional medicine, practiced by men, implementing surveillance of therapeutic treatment methods.

Marco Mazzoni underlines the importance of the interaction between the women and the plants by developing the subject that’s best known: the female face framed by flora and fauna, rendering it an icon. He reveals her innermost perceptions, memories scribbled on a diary page, highly imaginative visions of “impossible” animals, the fruit of ecstatic exploration of hallucinatory journeys.

The artist never depicts the eyes of the subject, so that the viewer doesn’t consider the work to be a portrait, but rather a still life, a composition in which all elements are equally important. Mazzoni, a genius of detail, uses colored pencils to create an intricate chiaroscuro overlapping light and dark for an intense and profound glow. The result is a work which recounts the moment in which woman takes control of everything, in complete harmony with Nature.

Marco Mazzoni was born in 1982 in Tortona. He lives and works in Milan. 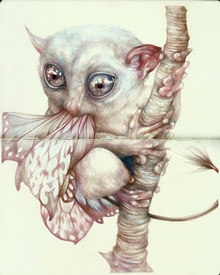 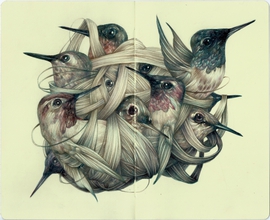 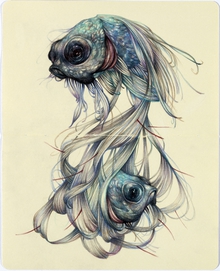 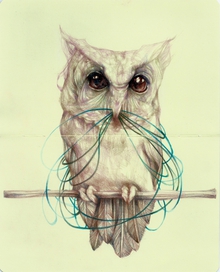 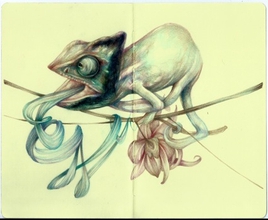 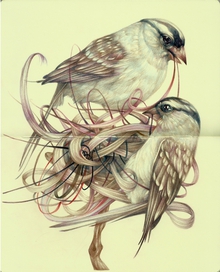 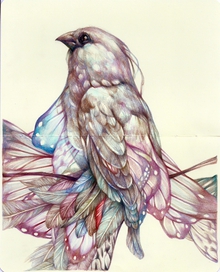 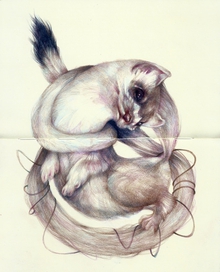 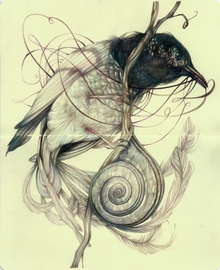 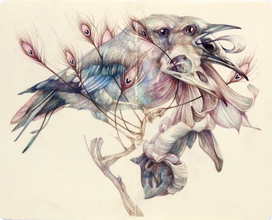 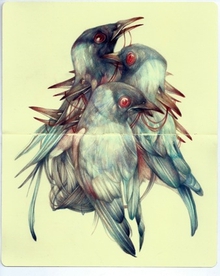 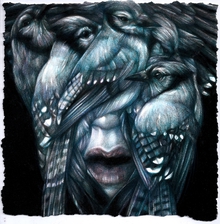 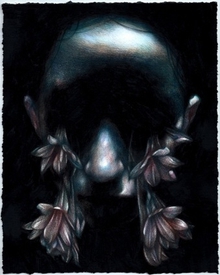 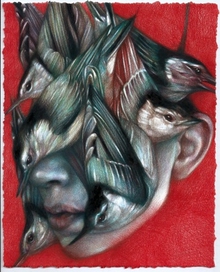 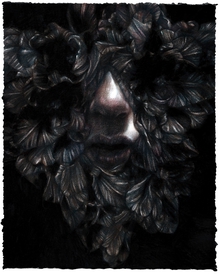 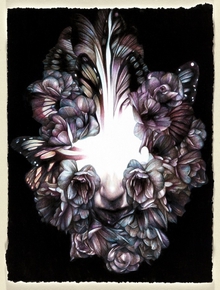 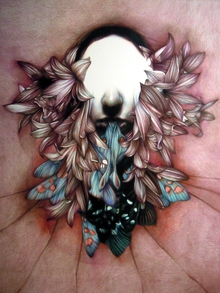 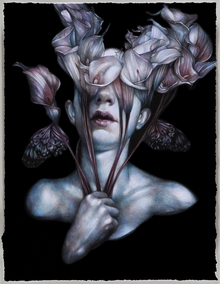 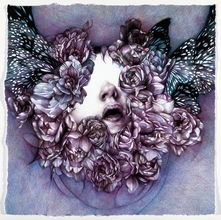 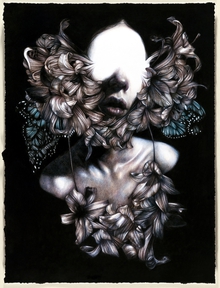 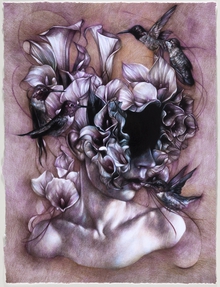 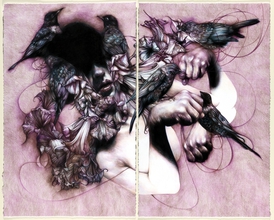