Finok places the subjects of his canvases into visually striking contexts, creating patterns with wood, often layering different planes, punctuating the surface. The geometric patterns and textures are reminiscent of Pipas and Baloes, traditional folk handiwork made by overlapping pieces of colored paper. Pipas are handmade fighter kites whose strings are coated with glue and glass shards in order to cut down opponents’ kites. Behind what seems like an innocent game actually lurks a violent nature which turns into a battle for survival. For the artist, it represents a way of preparing for the perils that come with adult life.

The creative force and desire to go beyond one’s limits through style and dexterousness can also be found in Baloes, paper balloons propelled by fire. Rival clans spend months building gigantic balloons in order to show off their superiority to their community and beyond. This activity, now illegal as it causes feuds and fires, masks a poetic aspect: enormous effort put into something so fleeting, waiting for a balloon to fly for a mere 10 minutes before it disappears into the sky. This tradition has religious origins from colonial times and celebrates saints whose feast days are in June. A universe of beliefs and devotional customs, present in Brazilian religious syncretism, is expressed through the religious masks and shrines that often recur in Finok’s works.

Sorrir e Chorar (smile and cry), the title of this exhibit, presents two sides of the same coin. Smiling doesn’t only represent happiness, crying doesn’t only represent sadness. Human behavior hides duplicity and various meanings, often incoherent, based on what we want to convey and what we have always believed in. Contradictory and coexisting feelings, opposing emotions that merge together in the artist’s paintings, sculptures, and installations, a reflection of a city steeped in contrasts like São Paulo. 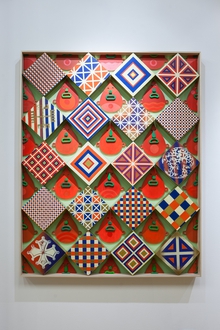 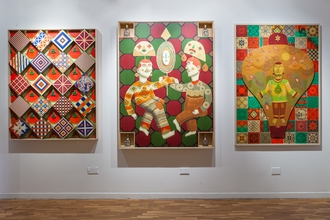 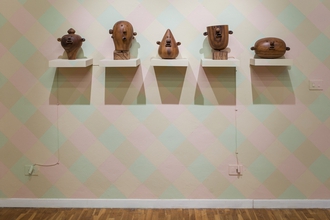 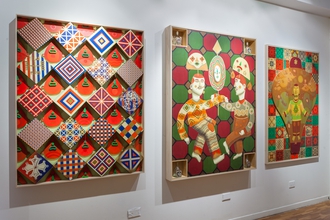 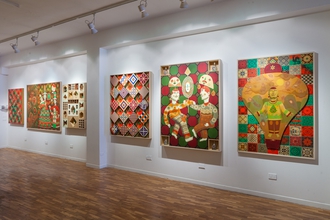 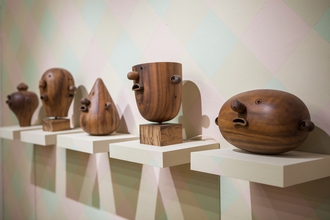 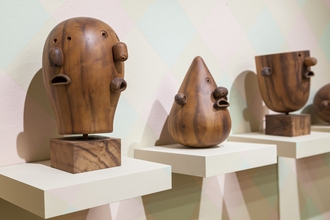 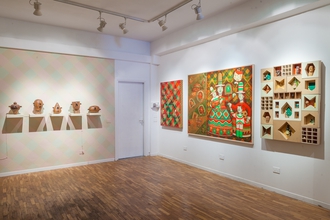 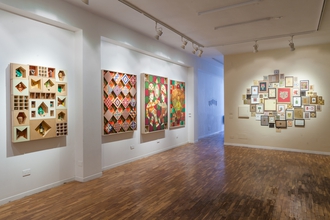 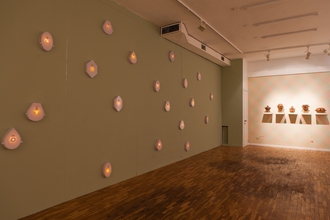 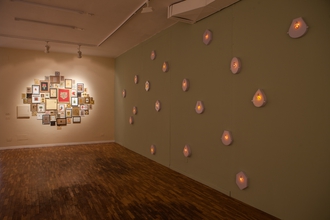 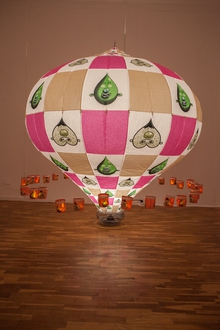 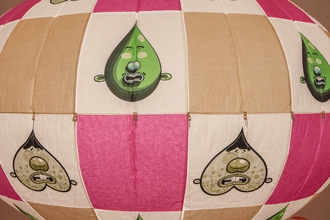 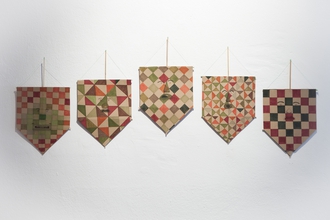 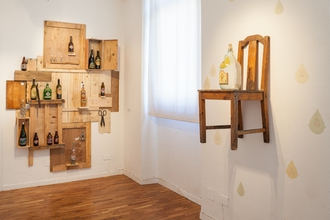 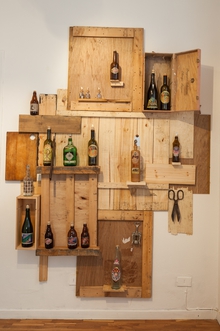 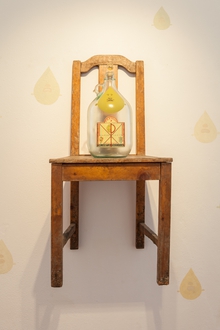 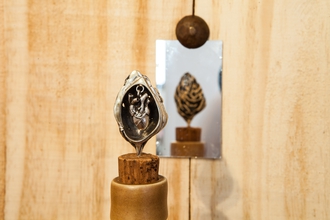 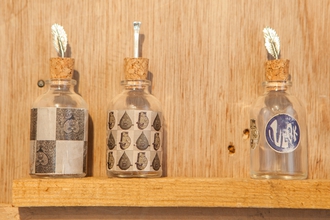 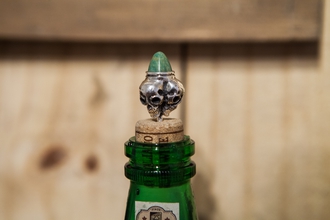 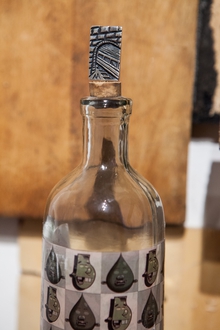