BEN WOODWARD | KRIS CHAU | AJ FOSIK, Not for Nothing

BEN WOODWARD | KRIS CHAU | AJ FOSIK, Not for Nothing

Galleria Patricia Armocida of Milan is proud to present Not for Nothing, a collective of three Philadelphia artists, Ben Woodward, Kris Chau, and AJ Fosik, opening on Wednesday, September 15th at 6:30 PM.

Philadelphia is the fulcrum of the art scene’s fresh and vital gust of wind that has trickled south from NYC, where the scene has been flooded for years. Since the mid-90s, it was the birthplace of captivating art collectives, like Space 1026 where over 25 artists run a gallery and printing facility together.

The artists exhibiting are a reflection of Philly: relaxed, ironic, and dialectically direct.

Ben Woodward is one of the founders of Space 1026, his works portray a parallel world inhabited by anthropomorphic animals in existentially difficult situations, yet always marked by a sharp sense of humor. His meticulous drawings with thin lines and vibrant colors recollect various styles of religious paintings and the works of Hieronymus Bosch.

Kris Chau’s lines are elegant and clearly feminine. Graceful girls, whose clothes seem to move delicately in the wind, contrast with portraits full of irony about female life after the so-called emancipation. The intricate details and lines recollect some younger works by Andy Warhol.

AJ Fosik utilizes hundreds of pieces of wood to create, through a complex process of joints, three-dimensional animal heads with sharp teeth ferociously exposed that are mounted on walls as if they were taxidermy pieces, frozen in their expressive force and tension.

“Not for Nothing” is a typical expression in Philadelphia. It is not by chance that the three artists exhibiting represent the various facets of the human mind: Ben Woodward expresses an existentialism diluted with irony, Kris Chau expresses a pungent and cutting femininity, AJ Fosik represents an atavistic and purely masculine force; eccentric visions of individual contemporary intimacy.

Ben Woodward was born in Philadelphia in 1974. He attended Rhode Island School of Design. He’s a founding member of Space 1026 and has shown in museums and galleries from Philadelphia to Japan. He lives in Philadelphia with his wife Chi, his daughter Atari, and a one-eyed pug Leroy.

Kris Chau was born and raised on the Hawaiian island of O'ahu, she lives and works in Philadelphia. She dreams and draws girls all day and often mistakes her paintbrush mug for her coffee mug. She will keep drawing as long as she can.

AJ Fosik was born and raised in Detroit. He has a BFA in Illustration from Parsons School of Design in New York. His work explores the powerful mediums of language and metaphors, used to emphasize narrativity and interpretation; furthermore, his work is impregnated with subversive cultural influences and evokes American Folk Art. He uses wood and other found materials to create eclectic and provocative three-dimensional pieces. 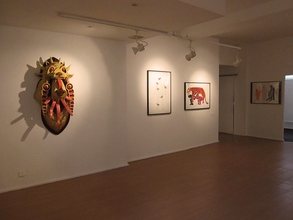 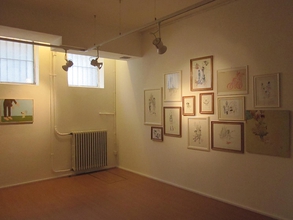 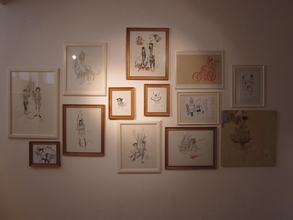 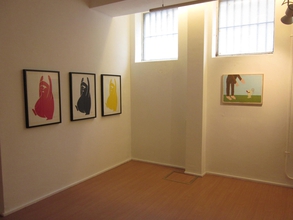 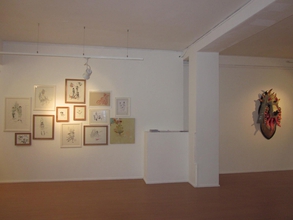 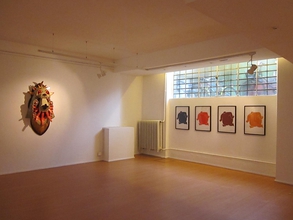 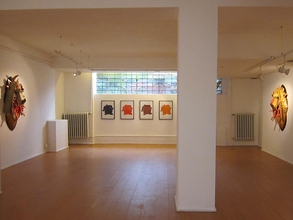 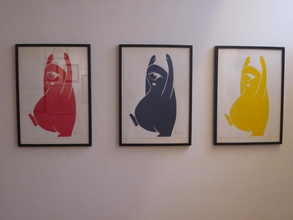 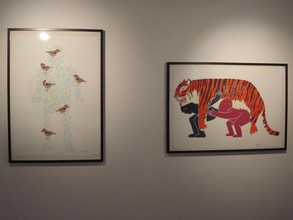 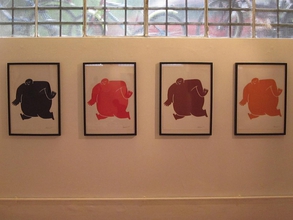 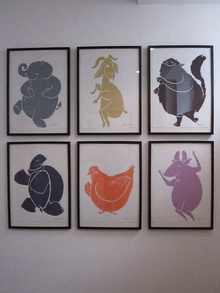 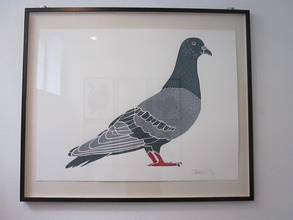