Galleria Patricia Armocida presented the first solo exhibition in Milan by the artist Ericailcane, that opened on Wednesday February 18th, 2009.

For the occasion, the artist presented 20 new drawings, prints, engravings, a video, and a site-specific installation.

The title of the exhibit, Civil War, expresses the undeniable state of crisis which characterizes our society. It's the internal war we wage upon each other, everyone against everyone. Divided, segregated, diffident to the point of inevitably clashing. After the conflict, all that remains is smoke, desolation, and ruins, but also a peaceful silence.

Ericailcane's bestiaries depicted this as an awakening after a dream. Anthropomorphic creatures are an allegory of human weakness, wondrous animals that re-emerge from our childhood memories to illustrate fairy tales that are morally crude and disenchanted.

The fine and delicate lines in the drawings, the masterful etching and drypoint technique in the refined engravings, the stop-motion animation in the video are the keys which lead us into an extraordinarily poetic world.

Ericailcane was born between the Alps and the Apennines. He has no face but has eyes and hands, he sees and draws. He is everyday food that is chewed but not digested. He's a collage from another world and another time. He speaks of nightmares as if they were dreams, of animals as if they were humans, he says humans are nothing but animals. In Bologna he's a writer and designer, he creates videos with traditional animation techniques and anti-conventional software. 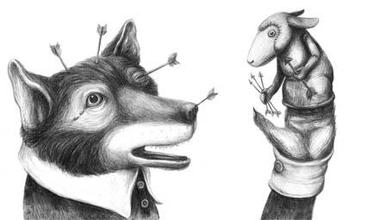 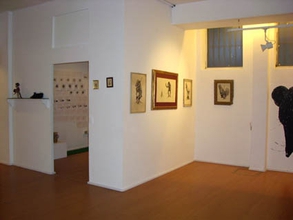 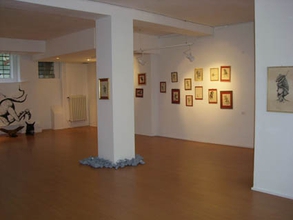 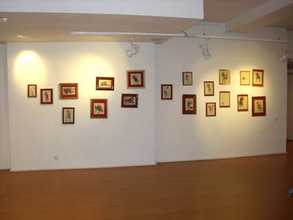 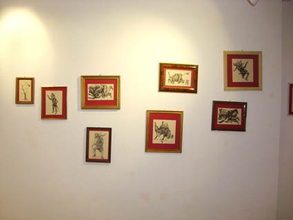 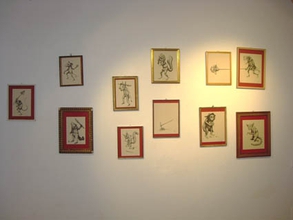 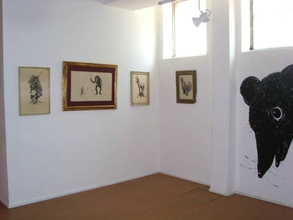 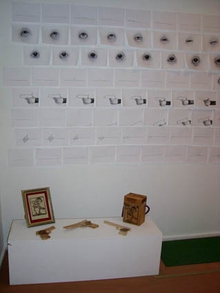 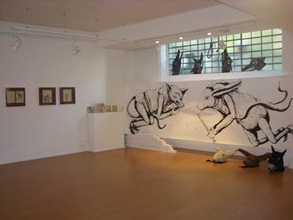 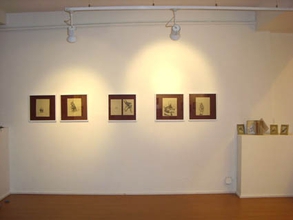 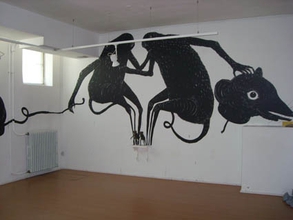 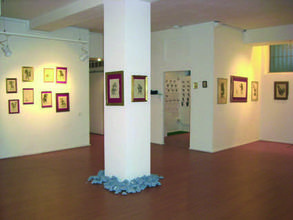