“Nuria Mora’s universe is a mix of external and internal stimulations, starting with her artistic family, her architect father, and a mix of prompts which then became regulated at university in Madrid where her art and architecture studies became the chance to start looking at space with a particular gaze, in which every single part, both then and now, could become a new visual hypertext of forms, codes, languages, and chromatisms.

Nuria develops new forms, lines, and modules capable of being incorporated into various sorts of architectures, opting for solutions hovering between abstract and concrete, where phytomorphisms of various origins become a single code, a signature without a signature.

The artist claims there are no direct references to the history of art or architecture. Nevertheless, observing her creations, one can detect a connection to Neoplasticism in which the geometric figures, in Nuria’s case, are distorted, with slanted lines, and the rigidness of angles is softened by a typically Mediterranean palette inspired by folk tradition, by Spanish Romanesque style, and by the contemporary urban landscape with its visual paradoxes".

For Drishti, the artist’s first Italian solo exhibition, the unconventional characteristics of her trait meld together with and communicate with the occupied space. Drishti is an initiatory approach, it’s the instant in which the body, in a specific yoga pose, channels the necessary energy to assimilate new stimuli. Hence the title is to be considered a starting point, open to any choice made by the artist who, in this case, opts for a large installation called Buoys and various works on paper whose patterns created on the street reveal never-before-seen solutions, new codifications, and specific settings. These chromatic forms evolve in order to assist the expansion of a motif, within which the elaborate nuances intertwine.

With both the buoys and the acrylic-on-paper works, the object is not modified on site but rather taken away, misappropriated so that its initial function is changed.

In her past works with utility poles, some of the parts were made in ceramic to function as a non-conductor and connector: those objects, created for a specific purpose, when seen alone are elements in and of themselves, bodies made from an ancient material through an artisanal process.

And so those pieces in ceramic, salvaged from deterioration and destruction, colored, coated, transformed, merged with wood, with ropes, with glass, float in the air, no longer attached to a functioning structure, instead they become subjects of presence, waiting, and defense.

Matter and form acquire new significance, both esthetic and functional, molded by a visionary artist who is able to harmonize delicate chromatic hues and meticulous geometric backgrounds, giving life to an original lexicon where abstraction seems more concrete than ever before.”

Nuria Mora (Madrid, 1974) got her start in the mid-90s in the complicated and motley world of European urban art and is considered one of the leading figures in using public space for illegally and commissioned abstract works. Co-founder of Equipo Plastico (with Nano4814, Sixe, and Eltono), Nuria has created large murals, installations, sculptures for indoor and outdoor spaces, works on paper, rugs, glass and wood objects in conjunction with brands such as Sybilla, DAC Rugs, Ikea, Facebook, Loewe. In 2013, she won the Absolut Art Award. 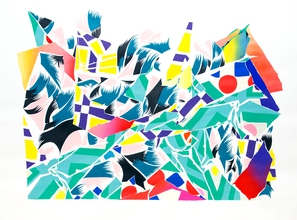 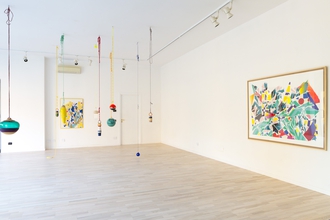 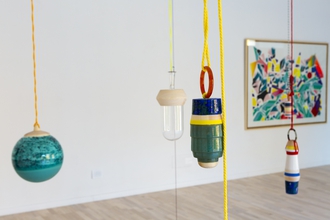 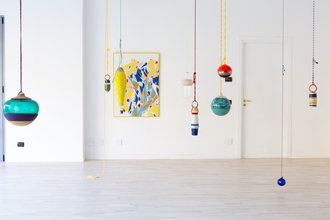 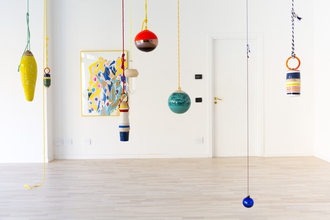 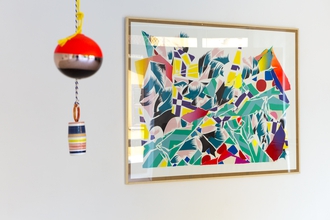 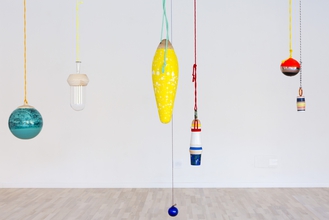 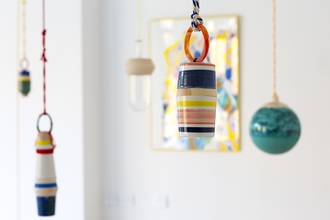 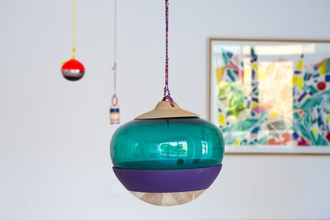 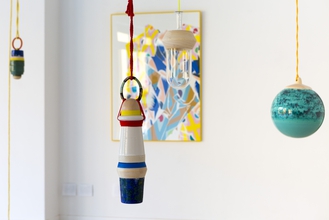 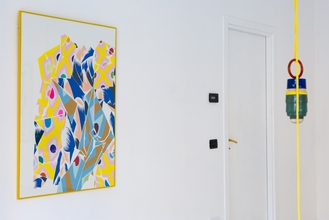 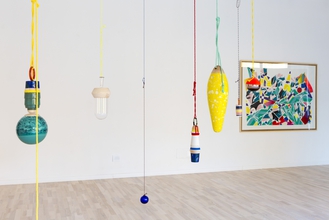 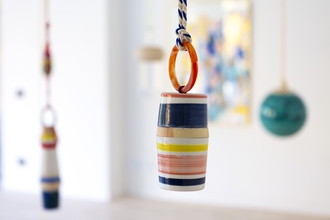 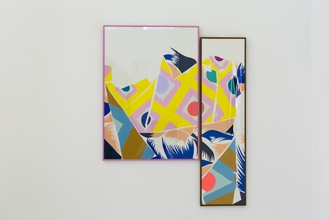 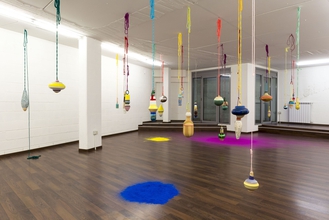 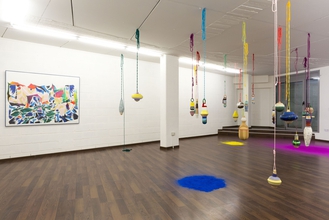 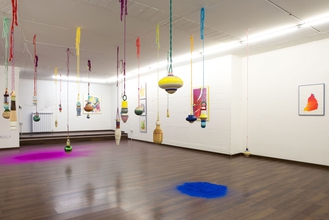 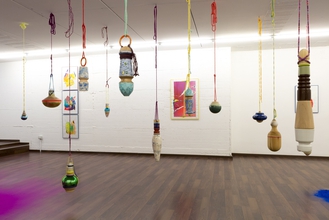 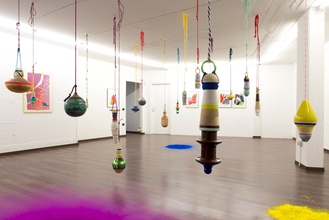 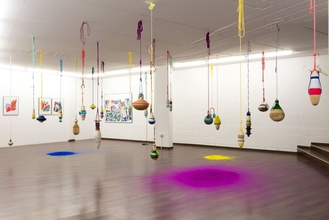 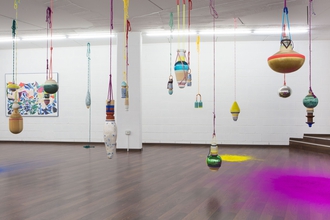 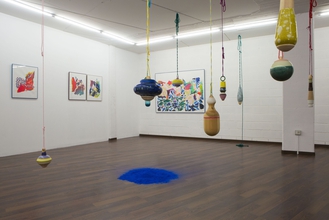 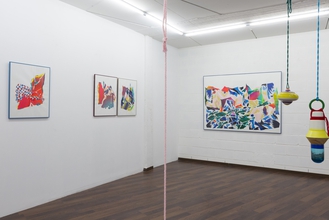 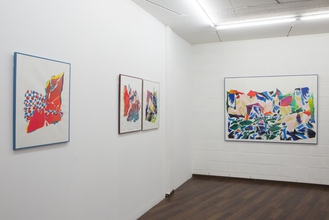