The artist plays with the spiritual and vernacular meaning of Santo Cielo (Good Heavens), and in allegorically occupying both floors of the gallery, he creates two distinct sections revolving around the connection between human and transcendent.

In the first section, the artist focuses on the purely folkloric and earthly meaning of the phrase. The subjects are part of the collective visual memory, contemporary popular icons whose meaning is ironically altered through distortion, namely pixelation, Aldo Sergio’s hallmark.

The second section descends or ascends into the vastness of the heavens. Heavens fragmented by images symbolizing everyday life, visual prayers, loaded with gratitude and with a hidden desire to rise up.

The analogy between the two series of icons, through the merging of reality and the metaphysical, reveals the complexity of spirituality and its impact on day-to-day life. The first icons come from outside, consumed with open eyes amidst daily hubbub, the second come from inside and only appear when we close our eyes and seek the absolute.

Aldo Sergio was born in Salerno in 1982. After graduating from Art School, he studied Anthropology at the University of Perugia. He currently lives and works in Milan. 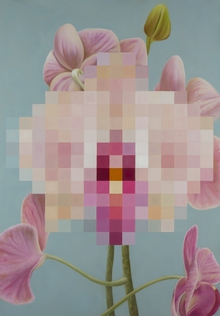 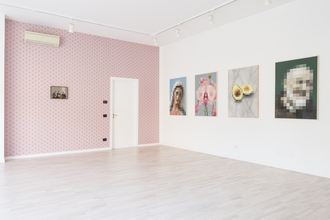 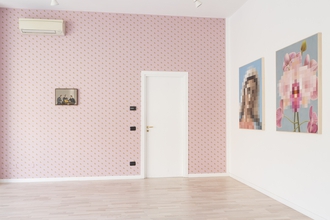 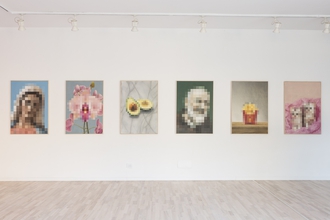 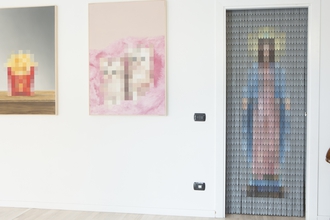 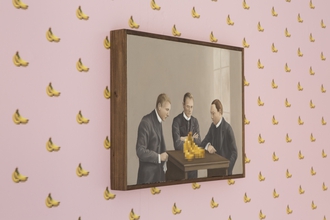 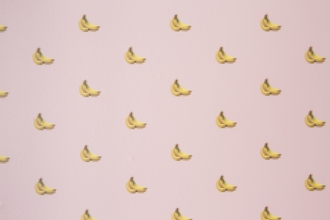 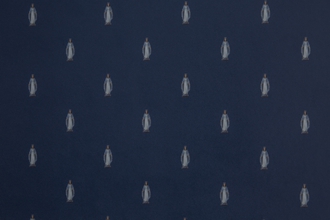 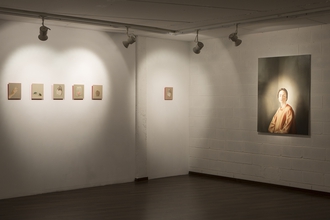 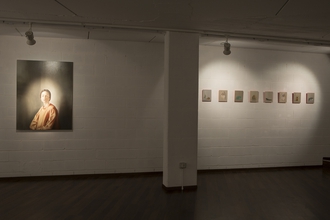 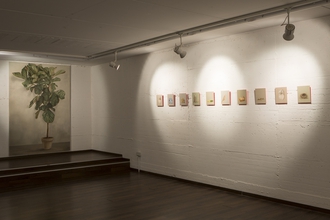 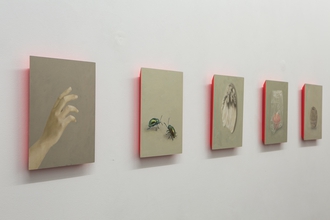 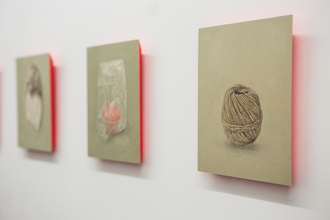 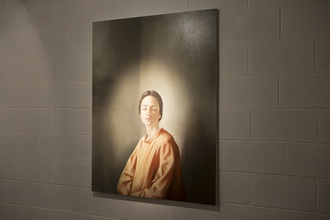 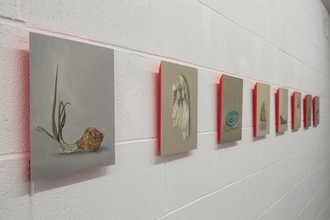 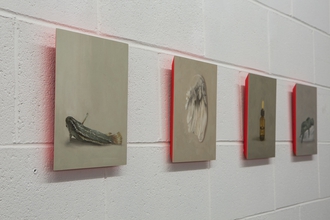 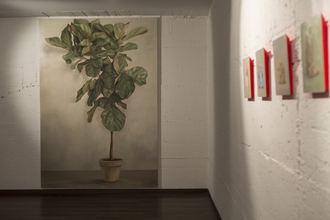 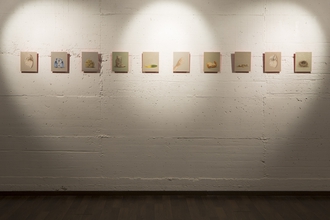 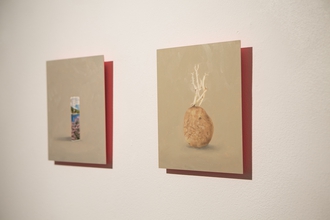