The opening for both shows will take place on Thursday, October 21st at 7:00 p.m.

With Lost in Strokes Luca Barcellona goes beyond legibility, breaking away from the text and the meaning of words, forcing viewers to lose themselves amongst the strokes, free of references.

Salvatore Garzillo, aka Salgar, was born and raised in Naples. He has been working in Milan for 10 years and, as he himself says, he’s fond of it. A crime reporter for Ansa and Fanpage.it, he always carries two pens with him and draws on anything, including receipts. His best drawings are in the notebook he carries with him to police stations, barracks, and crime scenes, on the pages cram-packed with notes about the stories he follows daily.

With C’ero una volta, the title of his first solo show, he presents a selection of drawings from the last few years on various supports: café napkins, metro tickets, receipts, maps, and of course the pages of his precious notebooks. They’re like windows onto a diverse humanity, at times documented with an efficient, quick style to capture an expression, much like snapshots, and at times documented in color with a detailed style when he stops to look at the strangeness of humankind with indulgent sarcasm or shared affection.

Ironic and amusing, his drawings are always accompanied by a title that is essential for their interpretation. Thanks to this, human figures, animals, and everyday situations take on unprecedented meaning. Each work communicates different sensations and emotions: mockery, derision, pleasure, but also thoughts, doubts, indecision, and existential questions.

Occasionally extracted from overheard conversations, the handwritten texts reveal his capacity to grasp, with immense sensitivity, moments that are varied but also harsh, everyday situations that surround him, with his pleasant irony-tinted view.

He shows us the absurdity of terrorism or democracy, civility or incivility, finding subjects for his amusing reflections everywhere. His work tells a story that is a mix between a reportage and an autobiographical diary.

His works are meant to be observed, understood, and enjoyed. They are universally appealing, intimate portrayals that, upon being seen for the first time, encourage the viewers to become participants in the stories they tell.

In 2012 he published his first monograph Take Your Pleasure Seriously with Lazy Dog Press, the publishing house he is co-founder of, while in 2021 he published Anima & Inchiostro with Utet, an essay which is a veritable act of love toward lettering.

Salvatore Garzillo (Naples, 1987) is a reporter who was born and raised in Naples, where he started working for local papers at the age of 17. In 2010 he moved to Milan to work for “Libero” and since 2011 he’s been the crime reporter for Ansa Milan, and since 2019 for Fanpage.it as well.

He’s covered major Italian crime cases in recent years and has written reportages on Afghanistan, Kosovo, Greece, the Ukraine, and Iraq, published by Corriere della Sera, Rolling Stone, and international press. In 2016, he received an honorable mention at “Premio Guido Vergani - Cronista dell’anno” and in 2021 he won second place of the prestigious award for the work he did during the Covid emergency.

In 2019 he published a photography book “Ultima Edizione - Storie nere dagli archivi de La Notte”, which sums up three years of work in the forgotten archives of the historic Milanese newspaper.

That same year, he began an undercover investigation and infiltrated extreme right-wing groups in Milan to discover the links and business dealings between freemasons, neo-fascists, and Lega and Fratelli d’Italia politicians and European parliament members. After three years undercover, a record amount of time in the world of journalism, he released  “Lobby nera”, a video investigation that aired on Fanpage.it and La7 on September 30, 2021, a few days before the local elections in Milan, which were influenced by underground powers. Milano’s public prosecutor office has opened two formal investigations.

That’s all from Salvatore Garzillo, aka Salgar. 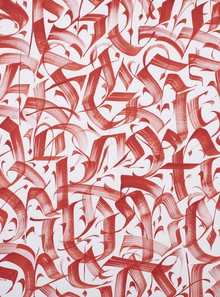 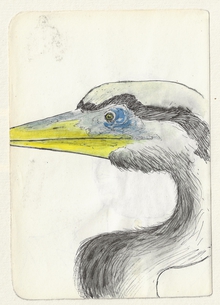