Daughter of a Korean nurse who emigrated to Europe after the Korean War, and a former Spanish monk, born and raised in Germany, Helena begins to paint when she is a child. The multicultural environment she’s raised in spurs her to understand and explore the culture, the language, and the history of her roots, and in particular, the culture of her mother’s homeland of Korea.

While attending one of Germany’s most prestigious art schools in Düsseldorf as a student of Peter Doig, she comes across one of her mother’s old photo albums and is particularly struck by a photo of her and her five sisters before leaving for Europe, wearing the traditional Korean Hanbok attire.

Inspired by that photograph, which captures the desperation of a family on the brink of emigration and permanent separation, Helena decides to use the Hanbok as an element that best represents the theme of cultural identity central to her work.

After lengthy research, Helena creates the Hanbok series where the human figures are faded, blurred, much like in the photographs and memories of a past never lived. Despite outlines of hands and heads, the subjects disappear into the garments, becoming abstract, and the garments emerge as a symbol to depict the subjects as well as commemorate them.

In her paintings, the Hanbok represents an element of dignity and cultural survival that withstands the history of a geopolitically unstable place. Helena further explores this concept with the "Kyopos" series, where she depicts the daughters of Korean immigrants in Germany in traditional attire in an unmistakably Western and modern setting, aiming to mix and blur the various cultures, East and West, tradition and modernity.

This desire to create a link between Eastern and Western culture is also seen in Helena’s technique inspired by the Old Masters of Western European painting. Spanish Baroque painters like Velázquez and Zurbarán are a main inspiration for her work.

After studying Sociology at the University of Korea in Seoul, Kappao moves to Italy to at the Brera Academy of Milan. Upon returning to Korea, she continues to sculpt using the ceramic technique, and paints as well.

Kappao's art explores human relationships in present-day society. From birth, people create relationships with others and interact with family members, friends, lovers, co-workers. In these relationships, everyone forms their own emotions and personalities, they understand the thoughts and feelings of others, and they establish social boundaries.

The emotional empathy we share with those near to us, but also with pets, with familiar objects and spaces, allows us to be ourselves and gives us psychological comfort.

Yet within this network of relationships with the outside world, we are like small islands, connected by a thin dotted line that joins us but also keeps us at a safe distance from each other.

Kappao’s ceramic figures have expressions that are ambivalent, difficult to perceive, they have no gender, age, or other characteristics that refer to their identity. They have subtle facial expressions that convey curiosity, indifference, joy, or boredom. At times they seem happy, at times they don’t, at times they seem embarrassed by the feelings they’re trying to suppress, in vain, because they’re overwhelmed by the moment they’re experiencing. Their faces look away from the eyes of viewers, as if trying to hide their thoughts.

Through these expressions and the connections they form with viewers, Kappao tries to capture the essence of the subjects and the interactions between humans, a constant bouncing between comfort, solitude, and alienation.

In her paintings, small spaces, secret gardens, homes, birds, and trees are rhythmically lined up on a theater-like stage. Tiny objects and various motifs are playfully arranged, much like in the free-form imagination of children. An atmosphere of casual and spontaneous life that leads to an inner journey and that comforts the mind.

Kappao’s figures represent a portrait of each of us and the psychological complexity of present-day humans.

Helena Parada Kim was born in Cologne (Germany) in 1982.

She graduated from Kunstakademie of Düsseldorf in 2009 and got a Masters in Painting with Professor Peter Doig. Her works have been shown internationally in galleries and public institutions.

The pseudonym KAPPAO comes from the Italian pronunciation of the spelling of her name: Ko. In this case as well, Kappao indirectly addresses relationships and the emotional reactions that we can imagine arose when trying to pronounce her name. 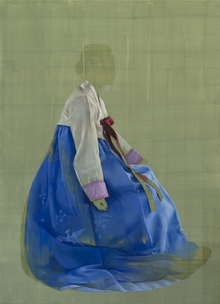 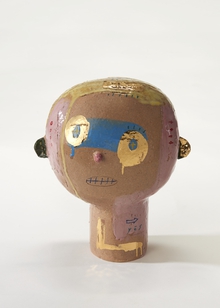 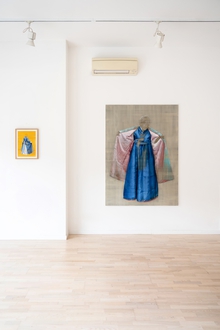 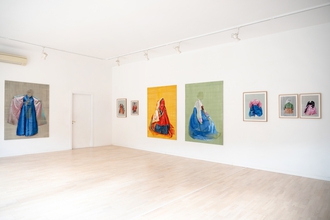 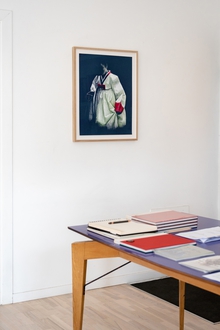 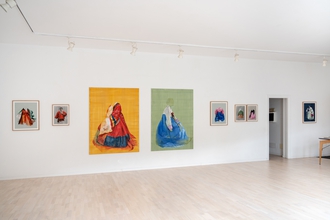 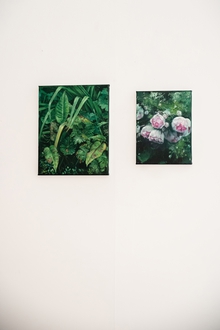 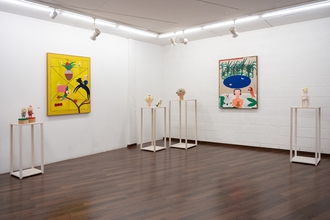 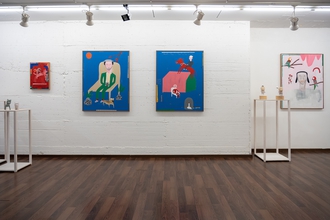 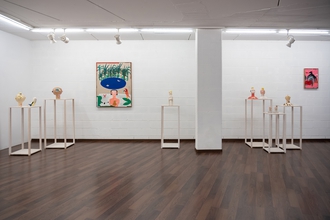 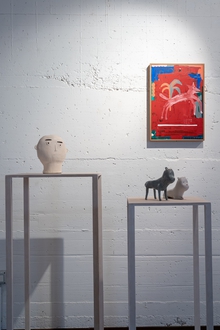 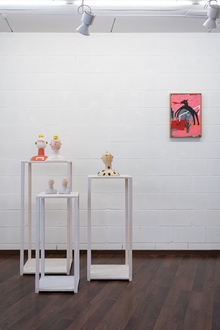 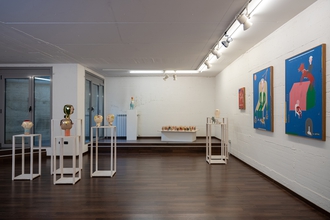 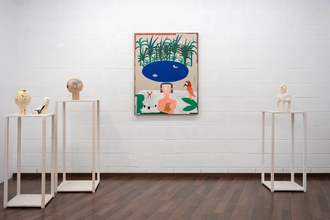 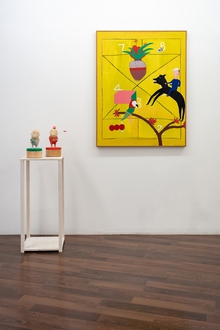 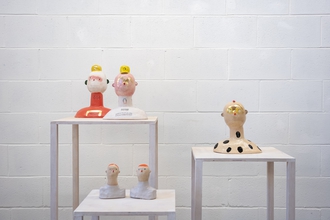 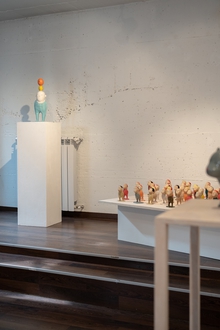 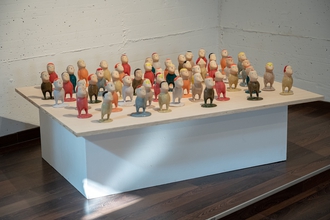