Caledonia Dance Curry, aka Swoon, was born in New London, Connecticut in 1978 and grew up in Daytona Beach, Florida. She graduated from the Pratt Institute (1998-2001) in Brooklyn, where she now lives and works. While studying painting, she mastered wood cut techniques and began putting up her works on the streets and launched community projects with other young artists. In 2005, Jeffrey Deitch’s New York gallery hosted her first solo show, which received rave reviews from The New York Times. Swoon then became an internationally renowned artist whose works were purchased by the MoMA (New York, 2005) and by the Brooklyn Museum of Art (New York, 2006).

Her works belong to prestigious collections in the Massachusetts Museum of Contemporary Art, PS1 Contemporary Arts Center in Long Island City, The Russian Museum in St. Petersburg, and Tate Modern in London. Swoon is also engaged in humanitarian and educational projects (Haiti, Zambia). She has spent the last few years designing, building, and organizing a fleet of boats made from reclaimed materials, the original project was called “Miss Rockaway Armada”, and more recently, “Swimming Cities of Switchback Sea” and “Swimming Cities of Serenissima”, a monumental installation of floating sculptures exhibited in 2008 at Deitch Projects gallery in New York. Two of these rafts were then rebuilt in Slovenia and sailed to Venice for the 53rd Biennale in 2009. 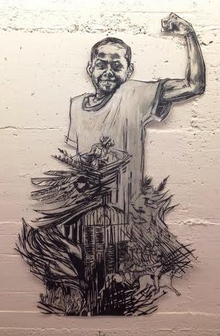 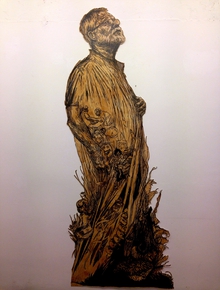 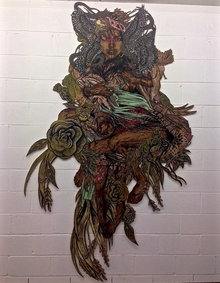 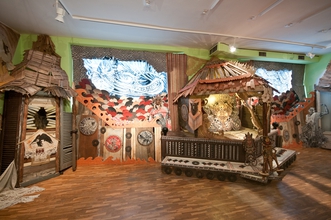 The Folding of a Known World