Livia Marin utilizes everyday objects to explore the nature of how we relate to material objects and the relationship we develop with them in an era dominated by mass-production, standardization, and global circulation.

In the work Broken Things, teacups, bowls, pitchers, jars appear paradoxically broken yet complete: thus what contains and what is contained form a sort of third indeterminate object suspended between formation and dissolution.

It is the decorative pattern of the objects, which both remains in and departs from its common place, that maintains the ambiguity of these objects. One such example is the recurring pattern used by the artist, the Willow Pattern, which can be found on many commercially produced ceramics. The origin of this decorative motif, reminiscent of ancient Chinese blue and white pottery, actually hails back to England during the Industrial Revolution. This pattern was invented by an Englishman and while in previous eras blue and white ceramics were associated with aristocracy, now this pattern has fallen into overuse, has become somewhat of a logo printed onto mass quantities of ceramics found in any department store. The Willow Pattern is essentially an ironic example of how this “brand” has now become completely decoupled from any guarantee of the quality it once stood for and of the dignity and uniqueness of the original pattern, and also of its universal dissemination.

Another fundamental theme for Livia Marin is the moment of tension between wanting to keep or discard a broken object. In the work “From the Series Broken Things” photos of objects appear incomplete. The fragments of photographs, torn and patiently pieced back together with gold thread, are reminiscent of the Japanese technique for restoring and embellishing objects.

The fractures represent fatality and loss and they are filled by repairing and saving the object. Both the act of photographing and the act of “darning”, where gold recuperates that which is absent or lost, metaphorically represent memory.

In another series, “Nature Morte”, the artist appropriates certain codes of seventeenth century vanitas still lifes. She reinterprets this artistic genre by exploring the hierarchy of objects, analyzing their spatial, social, and political orders, based on the personal value they’ve acquired throughout time. In a world accustomed to compulsively buying and binning, these works are a powerful reminder that no part of material culture can escape the ideological connotations of value.

Livia Marin (Santiago de Chile, 1973) lives and works in London. Her work is characterized by the appropriation of mass-produced objects and was initially informed by the social and political context of Chile in the 1990s, that transitioned from seventeen years of dictatorship under Pinochet’s brutal regime, to a democracy dominated by extreme neo-liberal economic reforms, no less authoritarian and despotic. What followed was a huge wave of privatization and liberalization which destroyed the country’s existing local artisans while importing standardized goods from the global market.

The artist ponders on how we relate to objects in a materialist society culturally influenced by globalization and on how our identities are designated through the material tokens derived from consumerism. The intimate, daily relationship, the strong attachment that may develop between the owner and the object allows it to enter a new phase of signification. From consumer object to consuming the object, a concept which overturns the alienation induced by consumerism, posing a threat to the dictates of the market.

Marin’s work has been shown in her native Chile as well as internationally. 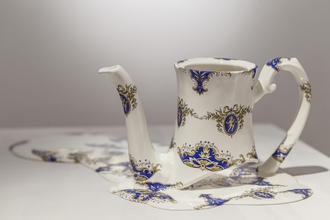 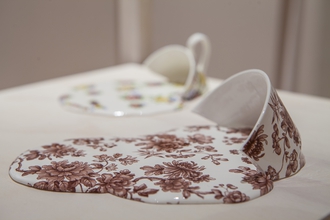 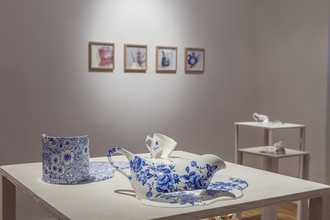 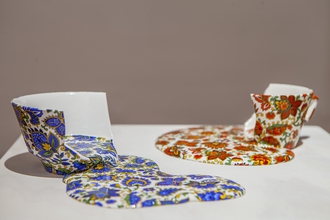 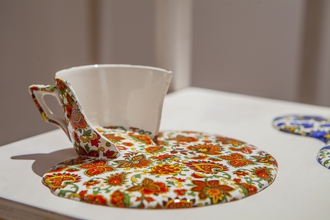 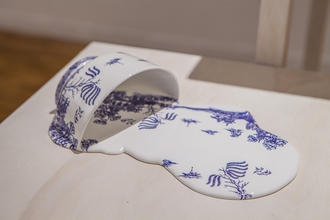 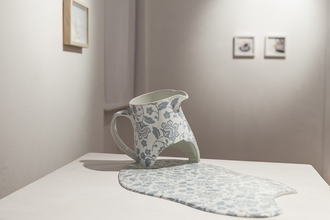 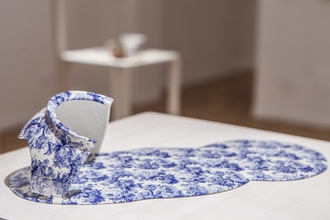 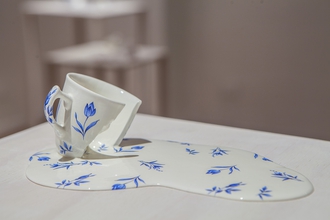 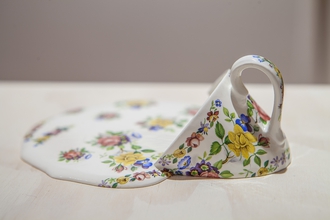 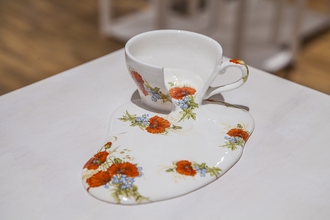 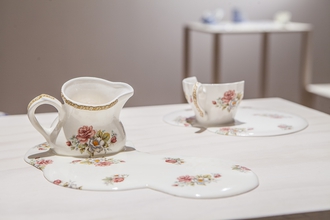 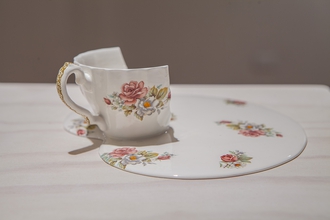 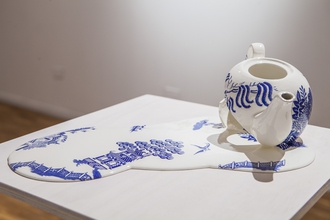 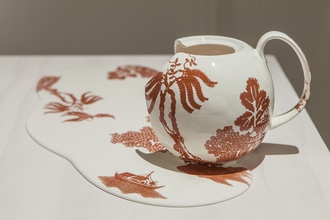 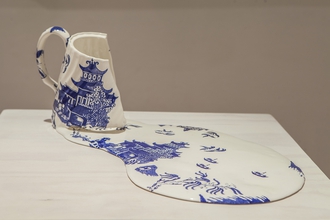 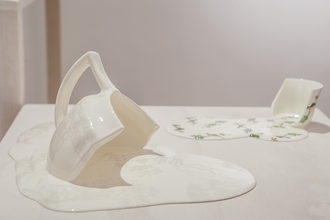 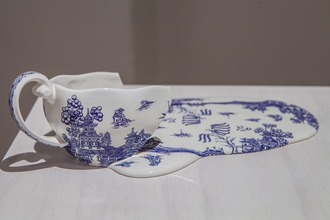 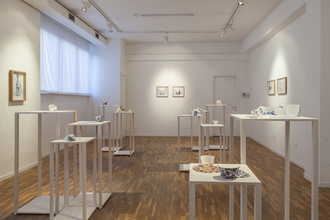