Finok places the subjects of his canvases into visually striking contexts, creating patterns with wood, often layering different planes, punctuating the surface. Behind what seems like an innocent game actually lurks a violent nature which turns into a battle for survival. For the artist, it represents a way of preparing for the perils that come with adult life.

A universe of beliefs and devotional customs, present in Brazilian religious syncretism, is expressed through the religious masks and shrines that often recur in Finok’s works. 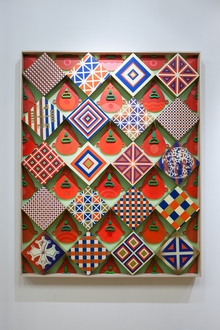 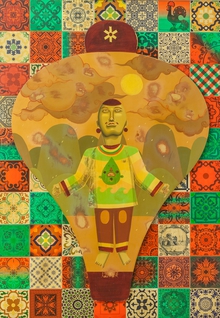 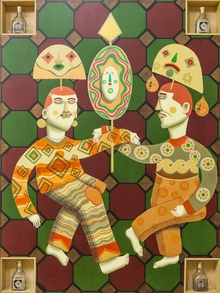 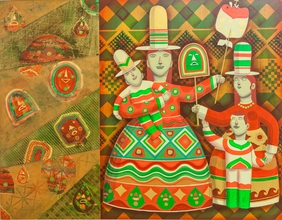 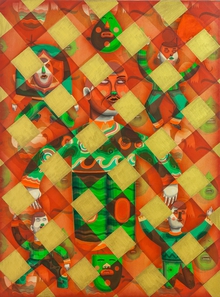 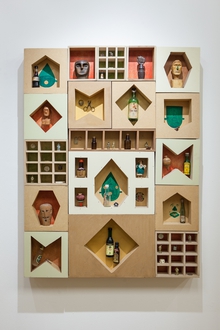 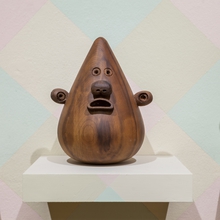 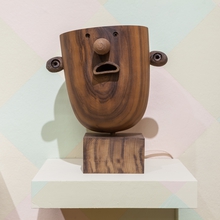 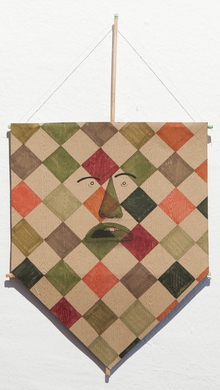 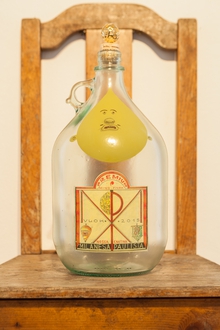 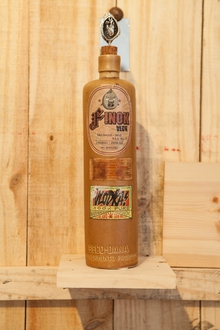 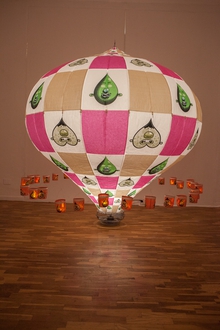