The works by Maya Hayuk (Baltimore, USA, 1969), an internationally acclaimed artist of Ukrainian origin, are symmetrical compositions made up of intricate color combinations formed by diagonals that are crisscrossed and overlapped on different tonal and perspective levels, creating a multiplicity of rhomboidal forms and lushly colored pictorial tesserae. Her elaborate abstractions are inspired by popular culture, Ukrainian folk art, and Mandalas. Maya uses advanced painting practices to create a psychedelic experience in visual form. Her recognizable brush strokes, vibrant drippings, and dynamic movements express a bursting vitality.

Maya Hayuk was born in Baltimore, Maryland in 1969; she lives and works in Brooklyn. She earned a BFA in Interrelated Media from Massachusetts College of Art in 1991 and has studied at VCU, Richmond, VA, Ontario College of Art and Design, Toronto, Canada, the University of Odessa, in the Ukraine, and Skowhegan School of Painting and Sculpture, Skowhegan, Maine. 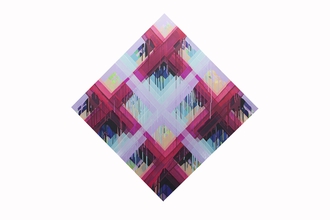 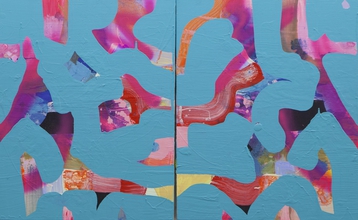 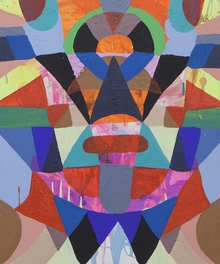 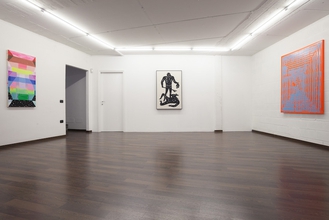